How popular is solar energy in California? 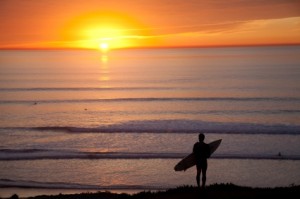 California solar is the undisputed titan in the solar energy market. No other state in the U.S. has more solar capacity than California, by a wide margin. While the total grid-connected photovoltaic capacity installed in California increased only by 18% from 2009 over 2010, California ranked first in the U.S. in installed solar capacity with 252 MW in 2010 claiming 28% of the national market down from 49% in 2009. However, to provide perspective on California’s dominance in the solar market, New Jersey was the second ranked state in the U.S. in installed solar capacity with 132.4 MW in 2010. While California’s market share for annual solar installations is below 50%, solar markets are still growing strongly in California, they are just growing much faster in other states that have just begun to introduce state solar incentives.

On top of this, California was the overwhelming leader in solar employment. According to the National Solar Jobs Census 2011, one in every four solar energy jobs in America was based in California. Specifically, as of August, California had an estimated 25,575 solar-related jobs out of 100,237 for all 50 states. Clearly, if you are interested in solar in any capacity, California is the place to start researching as it is effectively ground zero for the U.S. solar market.

Why is CA solar energy so popular?

In 2006, the California Public Utilities Commission (CPUC) and the California Energy Commission started the Go Solar California! campaign with the goal of encouraging Californians to install 3,000 megawatts of solar energy systems on homes and businesses by the end of 2016. Pursuant to this campaign, the CPUC created the California Solar Initiative (CSI) to provide more than $2.167 billion in solar rebates and solar incentives over a 10-year period to state utilities to help promote the adoption of solar energy.

Much of this was the result of the Renewable Portfolio Standard which requires that 20% of California‘s electricity come from renewable resources by 2010. On top of all of this, in November of 2008, California Governor Arnold Schwarzenegger signed California Executive Order S-14-08 which requires “all retail sellers of electricity [to] serve 33 percent of their load with renewable energy by 2025.” Now California energy providers must diversify their energy production portfolio to include renewable energy, particularly solar power.

**Click here to get a free California solar assessment!**